AirBeam + AirCasting is an open-source, end-to-end solution for collecting, displaying, and sharing health and environmental data using your smartphone. 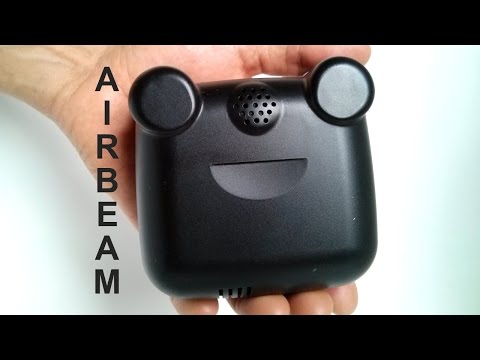 Air pollution is a staggering worldwide problem. Sources estimate that poor air quality costs the United States alone over $78 billion dollars annually. The negative impacts of air pollution rank it among the most serious and widespread human health hazards in the world. Breathing dirty air causes chronic illnesses such as asthma and bronchitis and contributes to terminal illnesses such as cancer and heart disease. Unfortunately, despite the very real impacts air pollution has on our every day lives, it often goes unnoticed because it is largely invisible. In addition, because government-run air quality monitoring networks are sparse, publicly available air quality measurements don’t translate into an accurate assessment of personal exposure. The answer? Low-cost, portable air quality instruments. This is where YOU, AirCasting, and the AirBeam come in.

AirCasting is an open-source platform comprised of wearable devices and digital media that enables AirCasters (that’s you!) to independently and accurately collect and broadcast air quality data. But at its core, AirCasting is a DIY air monitoring movement that uses information about local environments to inform, educate, share, and ultimately improve health in communities around the world.

To date, the AirCasting app has been downloaded over 10,000 times and there are thousands of active change makers currently using the AirCasting platform, including community-based organizations, schools, research institutions, and citizen scientists interested in health and environmental monitoring, electrical & mechanical engineering, design, rapid prototyping, and open source code.

Like an idea you see here? Want to deploy it in your city?

If you want to join the twenty-five leading local and state governments across the country, let us know.

We are proving that cities and regions can work together with developer, creative, and entrepreneurial communities to improve public and community health and kickstart quality innovation.