In danger? Instantly broadcast your exact indoor/outdoor location to 911 using your city’s BTLE beacon network and the tourism app, Stroll.

The bluField™ network, Stroll® and Stroll Safely™ are currently under development for deployment throughout Nashville, TN beginning in July 2015. 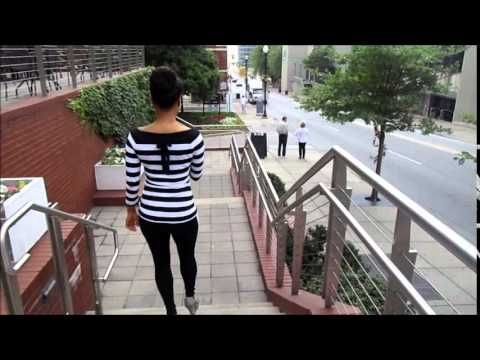 Our society has been been trained to immediately contact 911 when an emergency strikes. Today, cellular phones are the primary source of communication. When an alarmed citizen reports the emergency to the 911 dispatch, a critical data point is the location of the emergency. Disturbingly, millions of 911 calls per year fail to provide police, fire and ambulance dispatchers a timely, or accurate, point of location. More alarming is that citizens are usually not at fault for the failure to deliver this information; the failure lies in the existing cellular technology, which fails to transmit the exact location of citizens to the civic authorities. This technological shortfall leaves citizens in grave danger when time is of the essence. In fact, a citizen’s chance of 911 obtaining a quick fix on their location is as low as 10%. Last year, in California, approximately 12.4 million (63%) of California’s 911 cell phone calls failed to share location – Silicon Valley, among the worst places. In Texas, only 33% of calls made in major cities reach 911 with an instant fix on location. Even more troubling, these results are repeated across the nation, which has pushed the FCC to establish more stringent rules for delivery of location data (40% of cellphone calls should have a quick fix on location by 2017 and 80% by 2021). Disturbingly, many feel the solution to this problem is over half a decade away. All the while, citizens are alienated by this outdated technology at the very moment of their urgent need - leading to unnecessary deaths across the country.

Meanwhile, bluField is developing a high resolution, geo-fencing technology which creates a large network infrastructure throughout metropolitan cities and operates a mobile application, called Stroll®, which empowers businesses to directly, yet passively, market to consumers depending on their real-time location, activity and preferences. In order to accomplish this, the real-time, high resolution indoor and outdoor location of the user is required. Currently, GPS, Wi-Fi, and cellular triangulation locational modalities are inefficient at creating a real-time, high resolution indoor and outdoor location. Therefore, to facilitate this functionality through a single mobile application, bluField is deploying a patent-pending Bluetooth®-beacon network throughout city infrastructures - beginning with the city of Nashville through a strategic partnership, initiated in December 2014, through its convention and visitors bureau.

In addition, bluField has realized that this high-resolution beacon network could address the location detection problems associated with 911 calls and further concluded that a consumer solution could be built into Stroll®. Therefore, ‘Stroll Safely™’ has been implemented into Stroll®, where at any moment, even during a 911 call, a user can access the app and simply select police, fire or ambulance, which will send 911 an excerpt of the citizen’s personal information, mobile phone number, demographics, and their exact indoor/outdoor location. bluField™ is confident that implementing this network infrastructure, along with the Stroll Safely™ integration, in major city infrastructures across the nation will increase the accurate delivery of a citizen’s location to 911 (well beyond the 80% 2021 FCC requirement) thus saving lives and enhancing public safety across the nation.

Visitors and Tourists via Conventions

The tourism industry is our primary target market due to the enormous commerce generated from the interaction between the city and consumer. The industry generates $2.4 billion per day, and in 2014, Nashville, for example, welcomed 13.1 million visitors in 2014, up from 12.2 million in 2013. This translates to $5 billion in direct visitor spending in Davidson County. bluField secured the Nashville Convention & Visitors Corporation (NCVC) as its first customer/strategic partner December 2014. The NCVC agrees to use its current marketing channels to acquire Stroll® users, including their website and marketing efforts such as the CMA Festival, July 4th Celebration, New Years Bash, etc.Collectively, visitor numbers to these specific events exceeds a total of 200,000 visitors within a six month window. It is our mission that all patrons will have access to and the peace of mind generated by Stroll Safely™.

John Mark Eberhardt, President & COO. John Mark is a serial entrepreneur. He began his first entrepreneurial venture in 1997 as a college student; bluField is his fifth venture. John Mark participated in the Nashville Entrepreneur Center Accelerator, and he led another startup in winning The TENN (recognized as one of the top ten startups in Tennessee). John Mark excels in sales, leadership, organizational development and execution. Nashville, TN

Charleson S. Bell, MS, BE, Chief Innovation Officer. Charleson is a parallel entrepreneur and modern day polymath, pioneering and drawing from multiple engineering fields which lead to his role as the principal inventor of bluField Technology. As he completes his PhD in Biomedical Engineering (bionanotechnology emphasis) from Vanderbilt University, he utilizes this interdisciplinary training when innovating entrepreneurial ventures. Nashville, TN

Van Simmons is the President of ComputeCycles and is the Technical Lead of bluField, Inc. He first began programming for what eventually became the iOS environment in 1990 on the original NeXT cube platform. In 1990, he co-founded VNP Software, Inc. a leading NeXT software vendor. In 2008 he founded SpatiOS, LLC, an iOS development firm engaged in geospatial application development for the aviation industry. The experience gained with SpatiOS contributed insights which led him to found ComputeCycles which focuses on the technical development of Bluetooth®-enabled mobile applications and platforms. Nashville, TN & Boston, MA.

Like an idea you see here? Want to deploy it in your city?

If you want to join the twenty-five leading local and state governments across the country, let us know.

We are proving that cities and regions can work together with developer, creative, and entrepreneurial communities to improve public and community health and kickstart quality innovation.